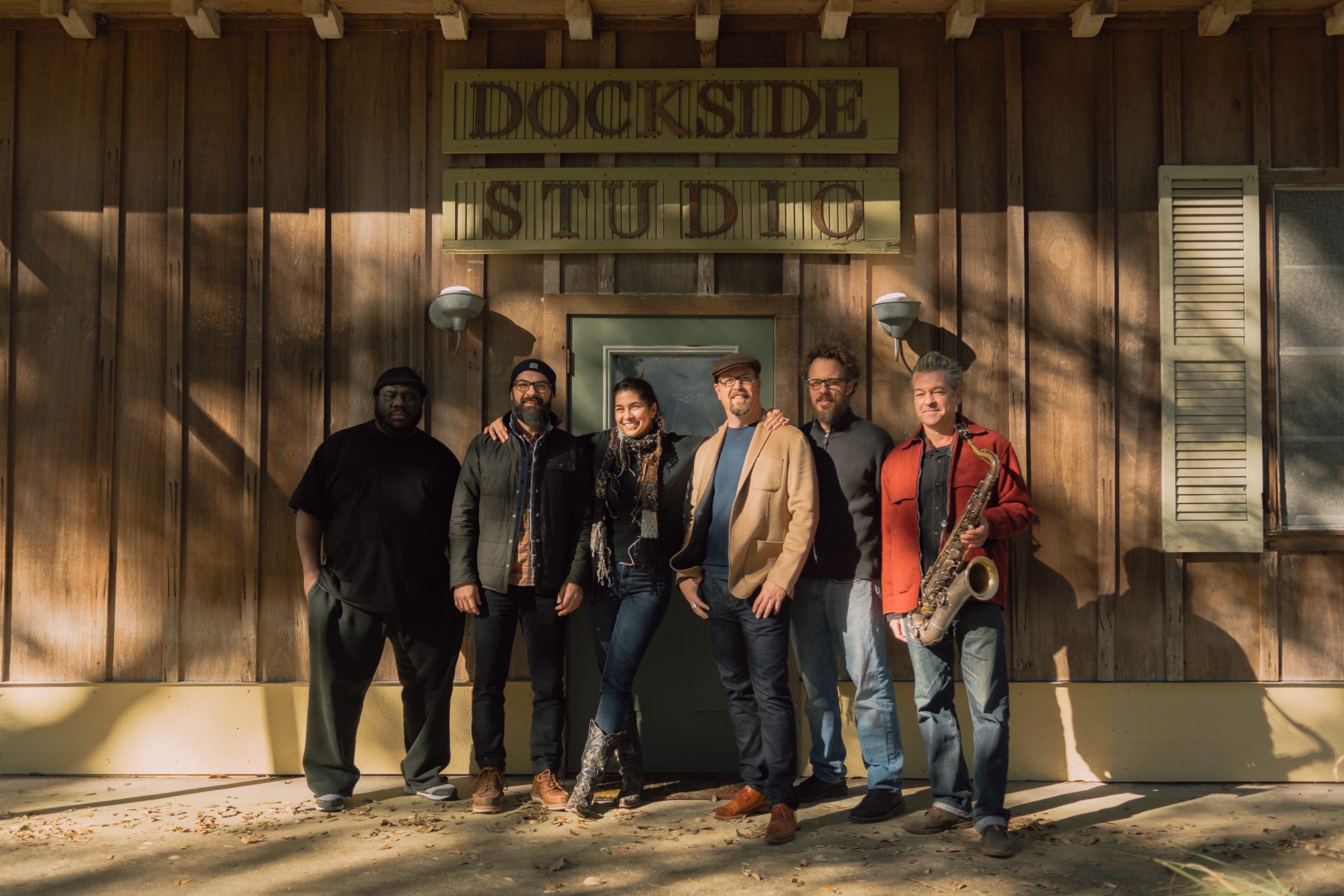 On July 27, 2018, Yvette’s new album will be released.  Louisiana Lovin’ is a project recorded by Yvette Landry & The Jukes featuring Roddie Romero.  It grew from a previous recording session where Yvette and Roddie remade the only number one hit to come out of Lafayette, Louisiana. Yvette recapped how it all came about…

“I had a duo gig and my regular guy couldn’t be there, so I asked Roddie if he would cover.  He said, ‘yes’…And a rehearsal was scheduled.  About 30 minutes into the rehearsal, I asked Roddie if he would sing a few tunes.  (I mean, who wouldn’t want to hear Roddie sing?!) His response was, ‘Let’s do a duet!’ I asked what he had in mind and he said, ‘I’ve always wanted to do this song, but I haven’t found the right person to do it with.  Let’s give it a try.’  And we proceeded to rehearse Dale & Grace’s rendition of I’m Leaving It Up To You.  It was magic!  We finished rehearsal, played our gig, did the song, and both left smiling.  A few months later, I was in the studio recording my CD, “Me & T-Coe’s Country”, and I can’t quite remember how it came about, but I got to talking to Eric Adcock, Roddie Romero’s keyboard player, and he suggested we record the song.  He suggested recording it at the same studio that Dale and Grace recorded it—La Louisiane Studios.  I asked my rhythm section, Josef Butts and my son Trevor Landry to record with us.  Eric also suggested that we take pictures and video, if nothing else for posterities sake. My budget was small, so I asked one of my students to come to the studio to film.  He brought his brother, and I paid them with a hamburger!  Check out the video…they did a tremendous job!”

Yvette & Roddie’s rendition of Dale and Graces, “I’m Leaving It Up To You,” became a local hit…not only with area fans, but with Roddie and Yvette as well. The two knew that they needed to record more together. While on a three-week tour of Germany, Yvette and Roddie put their heads together and found an available date. Yvette made a call to Dockside Studios (a hidden, 12 time Grammy Winning studio, gem) in Maurice, Louisiana to see if the studio was available. It was.

“I knew who I wanted to record this project.  Back in 2010, I walked into the Blue Moon Saloon in Lafayette. It’s an eclectic music spot–an air B&B, with a stage in the back, a dance floor, and a bar below that.  As soon as I walked through the front gate, I heard drums…a drummer…and I thought it was the most amazing rhythm I’ve ever heard. I walked around the back to find this guy, laying down a grove like I’ve never heard.  I told myself in that moment, that before I die, I wanted to record with him.  Who is this? Jermaine Prejean.  And if you haven’t heard of him, do yourself a favor and go listen to him live.  He’ll blow your socks off!  Next, I knew that Roddie and Eric were a must.  But I wanted sax as well, since the vibe I wanted to achieve was 1950’s Louisiana jukebox.  I met Derek Huston at a festival in Rhode Island.  He plays often with Roddie Romero & The Hub City All-Stars, and I just liked his style.  But what were the chances that all of these guys would be available?  While in a van, on day 17 of a 21-day tour, I typed a group text, said a little prayer, and pressed send.  Almost immediately, everyone responded with a “Yes, I’m free and would love to be a part of this project.”  I kinda chuckled because; they didn’t even know what songs or even what genre of music I wanted to record.  Once we laid down the tracks, I decided to give this new collaboration a name. Rather than just releasing the album as “Yvette Landry,” I felt this group was special.  They had an old school feel… Louisiana Swamp Pop at it’s finest.  So, after a few brainstorming sessions, I decided on, ‘The Jukes.’ “

“Rather than write songs for this album (since time was a factor), I chose songs that I felt reflected ‘the feel’ I wanted to achieve. I chose songs that I wanted to dance to, and that had some kind of tie to Louisiana and to me.  Bobby Charles, a native of Abbeville, Louisiana and a staple at Dockside studios, wrote several songs I selected.  Some believe that Bobby’s spirit still hangs out at the studio. As a matter of fact, if you look at the bottle cap that’s on the inside cover of the CD package…there’s a Bobby Charles story that goes with it.

Roddie chose a song written by our dear friend, David Egan, who has since passed.  Other’s suggested songs, for example, Ben Sandmel sent me a copy of Ruth Brown’s Daddy Daddy, and said, “I think you could pull this off.”

The majority of the songs areLouisiana songs, but I also wanted to do what was in my heart.  Sara Evan’s song, Three Chords and the Truth,is not a Louisiana song, but it was something that I felt I needed to record.  My husband and I found it by accident.  We were having a discussion about country music and he remembered someone saying that country music should be three chords and the truth.  We goggled the saying and Sara’s song came up.  I immediately fell in love with it. Although musically, it leans more towards “vintage country”, the feel is a Louisiana old-school, belly-rubbing slow drag.  Also, along the country side of things is Floyd Kraemer & Skeeter Davis’, My Last Date With You.  Again, it plays to my love of vintage country, but with a Louisiana flare.  The rest of the songs are just straight up Swamp Pop, released by some of the Louisiana greats:  Warren Storm, Cookie and the Cupcakes, and G. G. Shinn.

The session itself was magic.  That’s the only way I can describe it.  There were no rehearsals.  This collaboration of musicians had never played together before, yet pretty much the first take of each song was a keeper!  I’ve never experienced anything quite like it.  My brother came to visit for a short while when we were recording Bobby Charles’ Homesick Blues,and it literally moved him to tears.  When we finished, we went to listen to the track and he looked at me with tears in his eyes and said, “Yvette…what just happened?”  I responded, “Magic.”

I’m proud of this record.  It is the music that I grew up listening to and dancing to.  It is music from my home…my people.  It is inside of me and it is something that I want to keep alive. It is good music, good friends, and good time—a little “Louisiana Lovin’.”